Below is a short guide to Dunstable Downs, a beautiful area of rolling chalk hills and grasslands near Dunstable that is designated as an Area of Outstanding Natural Beauty. The short guide, written by local author Alan Peters, has been written in anticipation of his upcoming new travel book with the working title ‘Off the beaten track’, which provides a guide to short and weekend breaks in the heart of England.

So, we’re in Dunstable.  We’re not alone.  More than 40,000 others share this experience with us.  The difference is, we’ll be gone soon.  They’re not so lucky.  The Roman name of this much maligned medium sized town is Durocobrivae.  That sounds more like a condition requiring an anonymous visit to a clinic and a long course of ointment.  Which is perhaps appropriate.  Because we’re in Dunstable.

Still, look on the bright side.  It could be Luton.

Except…that’s all a bit unfair.  No, actually it’s very unfair.  Because Dunstable is anything but the dive its reputation claims.  Firstly, being in Bedfordshire means you are in the twenty seventh safest county in Britain (excluding Scotland, for some reason.)  That means there are only twenty six places, county wise, where you might rather be.  Which isn’t that many, when you think about it.  Secondly, and it gets better, although you are already pretty safe – see above – in fact you are safer still.  Because not only is Dunstable Bedford’s third biggest town, it is also safer than both Luton and Bedford.  Admittedly, as you drive down the A5 past some dodgy looking kebab joints and outlets promising to commit strange acts on your mobile phone (for a reasonable fee), you might wonder.  And the youth of the town does seem to display a penchant for dead eyes, scruffy tracksuit bottoms, turned up hoodies and a love of stepping out onto the barely crawling trunk road, but get to know them and they really are very nice people.

So, take the danger out of Dunstable and suddenly the town begins to look rather more appealing.  Take Dunstable Downs for a starter.  A couple of miles outside the town itself, these huge chalk plateaus offer the most spectacular views across many miles of open countryside.  And they are free.  Take a picnic and spend a day rambling over this beautiful greenery.  Simple, open and stunning.  And I’ll say it again, free.  Even the car park is cheap, if you decide to use it.  £3.50 for a whole day.  Where can you get value like that within twenty five miles of the M25?  If you’re a National Trust member – and if you are reading this book, then you really should become one – then the car park carries no charge at all.  There’s even a wholesome National Trust café among the many thousands of acres.

As you wander along, or watch the kids flying a kite, or simply bask in the summer sun reflecting off the glistening green grass, you sense you have become a part of history.  The Downs might personify tranquility today, but it was not always so.  Alongside the various Neolithic burial mounds there is the site of what was believed to be a Saxon execution site.  Savage lot, those Saxons.

Yet tranquility is what dominates on Dunstable Downs.  Even the aircraft, and there are many of them, trust me, are silent.  Because the Downs are home to glider clubs, and beyond the rather exciting sight of seeing one being towed upwards and released, their movement is calm, graceful and super calming.  (My ex brother in law is a glider fanatic.  He recently told me of an expert pilot who managed to fly, or glide, or whatever they call it, all the way from Doncaster to Silverstone.  Without stopping. Impressive, but a long walk back, especially with glider in tow.  I may have got that bit wrong.)

Almost as good – maybe even better – than that summer peace is a brisk stroll on an icy morning.  Silvered grass, translucent mist and breath freezing as it touches the chilled air.  That’s the great thing about places like Dunstable.  You go with limited expectations, so everything becomes a treat and a surprise.

There are various events that take place on the Downs.  Personally, I think it is worth checking the National Trust calendar to make sure you avoid them.  But that’s just me.  Most odd are the orange rolling events – think cheese rolling undertaken by people with a penchant for freshly squeezed orange juice – which are remarkably popular if, no doubt, a tad quaint.  Then, I’ve never seen one of these.  For all I know, they could be hotbeds of competitive fire.

There’s only one way to find out, I suppose. 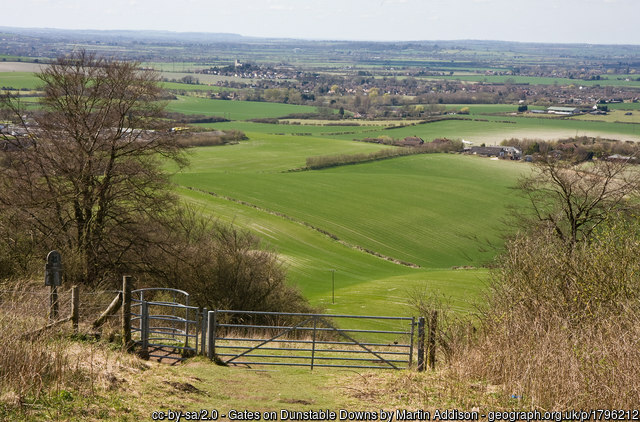 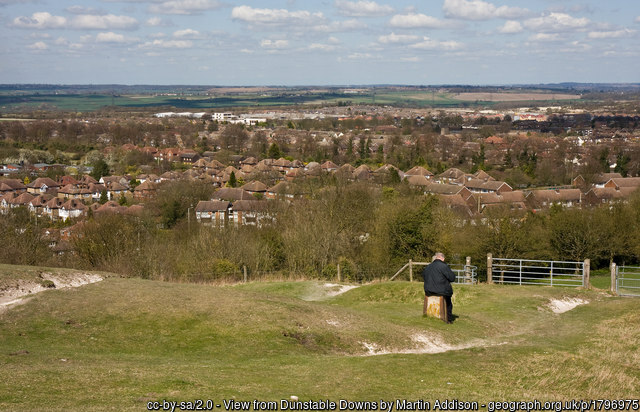 ‘Off the beaten track’ – short and weekend breaks in the heart of England.

Alan’s new travel book will concentrate on the sort of places which are quite interesting, but to which people might not usually think about spending a short break, such as  Northampton, Winslow, Oxford, Bedford, Dunstable, Worcester, Bracknell, Loughborough, Burton on Trent and more.

Each chapter, similar in style to Alan’s Isles of Scilly guidebook, will feature a suggested place to stay, four or five local attractions, something a little further afield and a bit of history about the place.  There will be something family orientated, something natural but not too well known outside the area, like Dunstable Downs.

If you’d like to be notified when the new book is available to purchase, then please contact us using the button below.