Has Jodie Whittaker Proved A Female Doctor Who Can Work?

Has Jodie Whittaker Proved A Female Doctor Who Can Work?

Has Jodie Whittaker proved a female Dr. Who can work?

Dr Who – Shows Potential but ‘Could Do Better…’

To begin, let me clarify the headline above.  It does not refer to the magnificent, vibrant Jodie Whittaker who, over the course of a ludicrously short season, has demonstrated that:

b)      A great actor can work with a middling script

But for all the magnificence of Ms Whittaker, this opening series for the new Doctor, which ended with the New Year Christmas Special (that should, of course, have been shown on Christmas Day) has had its moments but, like a mid-table football team, not quite enough of them to keep the fans totally happy. 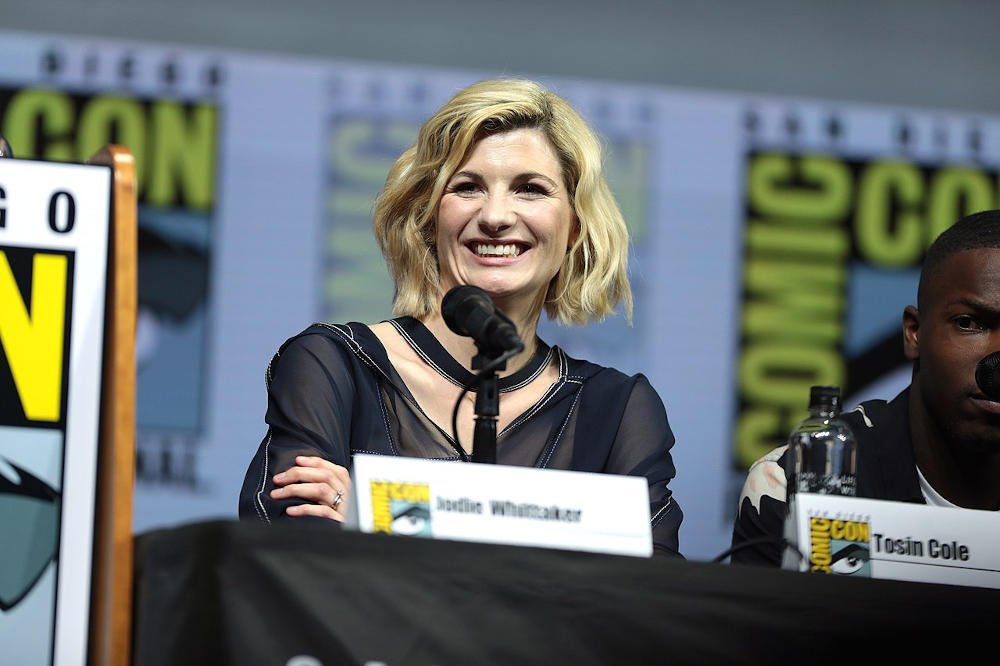 Many years ago, as a young teacher, I learned a special secret.  Even the most boring, under planned lesson can be rescued with a bit of drama or a game.  Put one of those in at the end, and the youngsters recently studying how to use the possessive apostrophe or, even worse, Shakespeare, would leave the room buzzing and talking about their  experience.

This is a lesson, it seems, thoroughly understood by the current writer, Chris Chibnall.  Now I know that some things in life are sacrilege; Harry Kane MBE, The Queen, the right to be critical of any utterance by Donald Trump.  To a greater or lesser extent, that is all fair enough.  Chibnall is another who exists in this ‘untouchable’ category, thanks mainly to his stupendous Broadchurch.

But viewers, especially the more mature 50 somethings who share a special bond with Dr Who, being the same age, can – and do – expect more.  Doctor Who viewers are a little like Marks and Spencer customers.  Yes, they can be a bit boring, although they do enjoy the occasional innovation.  But not often.  Just as shoppers in the High Street staple really just want stripes, Y fronts and comfortable pants, so Dr Who fans know what they like.  Change,  it isn’t.

And that is where Chibnall has not taken his homework seriously, or (even worse) has done it properly but has chosen to ignore the, hardly surprising, findings.  He should bear in mind that, not that many years ago, the St Michael’s brand tried to get all young and with it.  That nearly destroyed the company.

No Change for Change’s Sake

Because Chibnall made a big mistake.  It’s not terminal, and is quite easily addressed if a bit of humble pie is eaten, swallowed and digested.  You see, viewers of Doctor Who are simple folk.  They want simple things.  Daleks, Cybermen, Ice Warriors, Autons.  Consider, since Christopher Eccleston dug out his sonic screwdriver well over a decade ago, how few new aliens have entered the top division of the monsters’ premier league.  I can think of just one; the Weeping Angels.  Those demonic Santa Claus of early Christmas specials had their moment, but by definition their opportunities were limited.  The Adipose (cute little trolls of fat) were clever, and the Slitheen raised a smile and went on a sort of Dr Who cup run, like a non-league team for whom the draw falls favourably (rather like England in Russia last summer).

But Chibnall has eschewed the traditional.  His only proper ‘creature’ so far has been some kind of tooth faced man in a suit which evoked more of a smirk than a dip behind the sofa.  Yet, adopting the teacher’s truth of throwing in the odd moment of total thrill to cover fundamental flaws, he has just about passed his exams with, for example, those space robots who, like mini Daleks, appeared briefly in episode II, or the rather clever Rosa Parks adventure.

The New Year’s Eve special epitomised the series.  For forty minutes, it was (other than a brief chase in a police car) thoroughly boring.  My teen leaned across at one point, having looked forward for weeks to seeing the Daleks once more, and said: ‘But it’s not really the Daleks, is it?’  The other one simply sighed a lot and got out her phone.

Then, for the final twenty, it was just superb; an indicator of how brilliant Dr Who could be if the writing was always of this standard.  The Dalek dons pseudo armour, reveals a new weapon and massacres scores of hapless soldiers.  The pace increased three hundred per cent, the phone went away and we were glued, helpless, to the screen.

But there is such an easy cure for the weaker bits, because Mr Chibnall just needs to look back at his homework.  He has made a fundamental flaw.  He has tried, through the medium of touchy feely emotions, to attract a new audience.

Yet that is impossible for Dr Who.  To explain, I’ll go back to my football analogy.  I’m an Arsenal fan; I have been since, at the age of six, I saw Charlie George place the FA Cup on his head.  I can never change, I cannot be rational about the team – they are always the best, always cheated by the referee and each player who dons the white sleeved red shirt is better than any who does not.  My wife doesn’t understand.  She didn’t follow football as a child, and so is lost to it.

It is the same with Dr Who.  Children watch it because their parents do.  They always have, since Patrick Troughton peered through the pea soupers of black and white London to discover a yeti leaving Mornington Crescent underground station.  Those children either buy into Dr Who, or they don’t.  If they do, they are fans for life.  If not (like my youngest who, even after being presented with a sludgy hot chocolate at MK Dons, hates football) then the programme will never attract them.  OK, they might catch an episode and think it OK, but they will not become, to use a hated term, Whovians.

And do children want touchy feely emotional trauma?  Of course they don’t.  They want monsters and guns, screaming assistants with just enough gumption and the Doctor saving the day.  Just like their parents do.

On New Year’s Day, as one character (a lead, but he has made so little impression that I cannot even recall his name) had a heart to heart with his unreliable father, my daughter rolled her eyes and shouted: ‘We don’t care.’

And Mr Chibnall, she’s right.  We don’t.  (And while you’re at it, please stop the Magnificent Whittaker from having to deliver pointless exposition – when the Dalek appears looking like it’s been dressed from the local clothes recycling bin, we can work out that it has adapted materials for its body; we Dr Who fans might be a bit emotionally immature but that doesn’t mean we can’t use our imaginations).

A Recipe for Tremendous TV

Dr Who has the most loyal of fans; perhaps the country’s leading TV actress and fifty five years of history on which to call – it should not be spoiled  with anything as ridiculous as family crises and soap opera emotions.  This won’t attract new viewers, because loving Doctor Who is a psychological state, not a Love Island whim, but it will alienate the old.

So it has not been a disaster, this first series, but it can be so much better.  Give us Daleks and Cybermen, Zygons and Ice Warriors. Lots of them, all of which are bad and which get their come uppance at the end of the episode.  Forget any smack you in the face metaphors about inclusion – racism won’t die because a Silurian is allowed to buy a burger from MacDonald’s.  Just give us action, and lots of it.

The trend in football at the moment is for rich individuals or companies to buy clubs.  Some are good, they recognise that they are temporary custodians of an entity with a history, of a phenomenon whose most important elements, their fans, are the club.  Others see their brief stewardship as a mere vehicle to make more money.

A Personal Word for Chris Chibnall

Don’t be like them, Mr Chibnall.  You could make Doctor Who greater than it has ever been; the ingredients are there.  You have a year to sort it out, which is too long of course, but please use the time wisely.